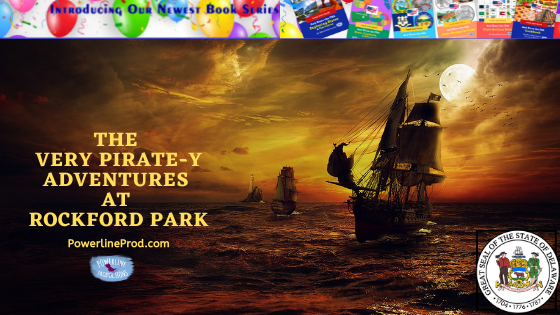 August 1, 2022 in Field Trips, Geography, Travel, Homeschooling, Lifestyle of Learning 579
Tell the world what you have found here!

I clicked on the flashlight and peered deep into the crevice. Scrutinizing. Surveying. Its twists quickly lost my light. But curiosity led me on as I squeezed between the giant boulders and into a winding cave in search of… what else? Treasure. And not just any treasure… pirate’s treasure!

At just seven years of age, I was flanked by my three brothers, two older, one younger. We were determined to discover the find of the century. Or at least, that’s how I remember it (little boys’ imaginations do tend toward wild dreams!) And this is my story!

So, as I was saying… us four boys loved to explore the remains of what looked like an avalanche of huge rocks down the long, steep bank of the Brandywine River. Or perhaps it was the remains of some ancient giant emptying his pockets of stones he had collected that day. As they say, “I’ve heard it both ways.”

However, they actually got there, they piled on top of each other to form deep, intricate caves. And well aware that pirates always hid their treasure in caves (this was a well-known principle I’m sure I learned from some authoritative source, like my next-door neighbor who avidly read the newspaper and Readers’ Digest), we were determined to soon become wealthy in our discovery. But such was never our fortune.

At the top of this bank filled with undiscovered treasure and mystery was Rockford Park, nestled on the border of the old city of Wilmington, Delaware and some very wealthy estates in rural land. A tall, stone tower sat on the edge of an open field and grassy hills and simply became yet another opportunity to explore. On occasion it was open and we would quickly ascend its stairs to look out over the vast park. It was beautiful… even for a seven-year-old.

My dad’s cross-country team regularly held races here, which for little boys struggled to hold our interest. And so, enter cave exploring!

And if this got wearisome (after all, those pirates were really good at hiding things… I’m just glad they were never in charge of our community Easter egg hunt!), we played hide-and-seek and loved every minute of it, dashing over rocks and crawling between boulders.

Running in the Park

Life has its irony, however, and just three years later I found myself running the very same trails my dad’s team ran, over hill and dale. And I actually got pretty good at it, to the point where I ran for my dad’s team in high school. The autumn is beautiful in north Delaware and fallen leaves line the twisting trails of its course. Hmmm… memories!

Taking My Family to Rockford Park

Years (and years) later when I went back there with my little children, I pointed out the tired path that wound around the hilly fields, the trails with rustic autumn leaves, the giant, stone tower (that was permanently closed now), and the haphazardly-strewn boulders on the steep Brandywine River bank that formed those mysterious, rocky caves (that still to this day have yet to reveal any of its hidden, pirate-y treasures!).

Those short visits soon became the backdrop to a lengthy story I told my children when we moved to central Florida, far away from my childhood stomping grounds. They could easily envision the huge, rough boulders and the secret, twisting caves. But these caves actually led to a treasure (so obviously not hidden by an expert pirate!) as well as plenty of danger. My little ones ate up the story and to this day still remember it… and Rockford Park.

Three years ago it was my grandkids’ turn to listen to grandpa’s tales of pirate lore, though the story morphed into something that took on a life of its own, as they say. Soon I told the story to the children of the church I pastor during the COVID lockdown here in central Florida along with three other lengthy tales that I chose to turn into books that will be in print soon and (sigh!) seal those childhood memories in permanent ink. Hmm… boys’ imaginations!

After all, if us four kids could not find that oversized treasure in that rocky labyrinth called Rockford Park, I figured someone should!

After all, if us four kids could not find that oversized treasure in that rocky labyrinth called Rockford Park, I figured someone should!

The Key House, the first book in the series, is available to purchase on Amazon and right here at PowerlineProd.com

Grab your copy and tell a friend about the pirate-y treasures of Rockford Park in Delaware.

Tell the world what you have found here!
Tags: Delaware, Imaginative Play, Rockford Park, US Geography

Mike Curtis, pastor of Powerline Community, homeschooling Dad, and proud Grandpa, has a passion for making disciples and raising world changers in this generation. He is the author of The Noland Kids Adventure Series and The Making of Real Men, a discipleship manual for mentoring young men. Mike is married to his college sweetheart, Meredith. Visit him at Mike Curtis – Powerline Productions.