Create Your Own Suburb! 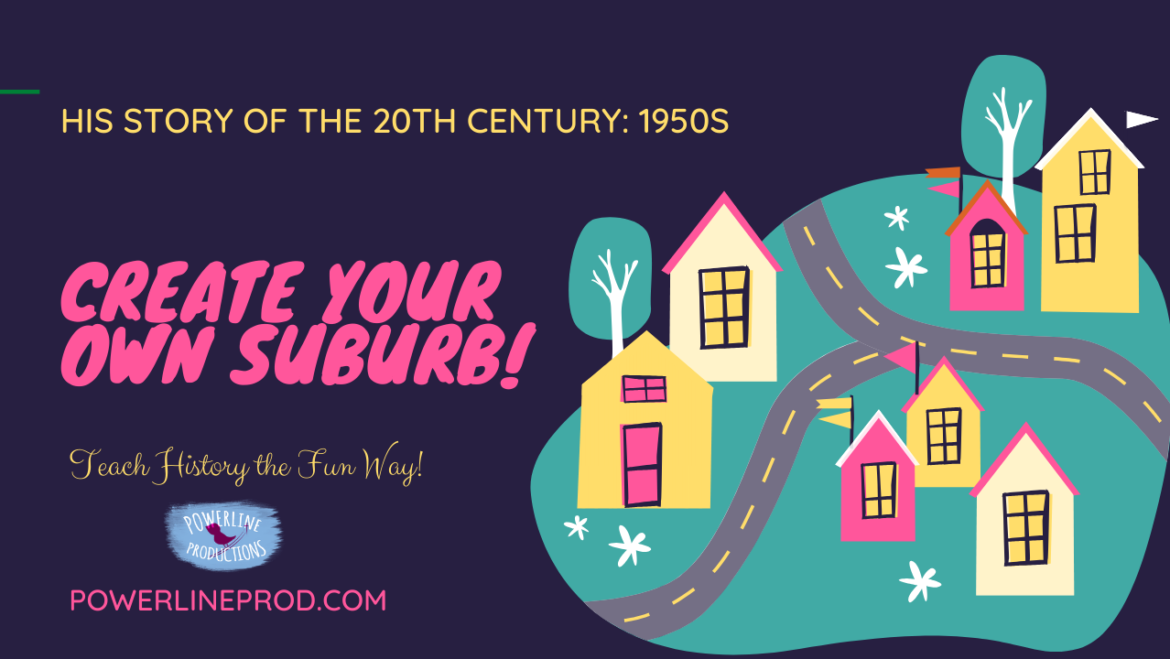 August 20, 2020 in 20th Century History, Curriculum, Family Nights, Lifestyle of Learning 1302
Tell the world what you have found here!

Suburbs became popular in the 1950s with a fascinating history involving trains! When we studied the sixth decade (1950s) in our adventure of HIS Story of the 20th Century, creating our own suburbs was one of our favorite activities! We had a blast designing the perfect community!

For us, teaching history the fun way always means out-of-the-box learning. Design, creativity, and mapping were all needed for this project, but not in a way that was intimidating.

My grandfather built a suburb in Puerto Ordaz, Venezuela with lots of houses for people who worked for U.S. Steel to live in. It had roads, houses, a church, a country club, and gas station.

Suburbs were popular all over America and Europe in the 1950s.

Guess where they got started?

It all started with the railroad. The Metropolitan Railroad ran through north-west London out into the country. The area between London and the country was called Metro-Land after the railroad. In 1904, the Metro build an electrified line and decided it needed more passengers. The railroad company actually built the first housing estates in Wembley Park and at Cecil Park on land they owned near the railroad.

Advertisers encouraged people to move to Metro-Land with promises of ‘rural charm close to the city.’ These little suburbs spread all over the outskirts of London in the 1920s and 1930s.

The 1940s brought devastation from World War II when London was destroyed by bombs. After the war, careful thought was given to rebuilding the city.

Patrick Abercrombie created a ‘Country of London Plan’ that included parks, farmland, and recreation grounds encircling London to bring the country to the city. Patrick planned the city to have an attractive balance between housing, industry, stores, office buildings, and open spaces.

Over in Germany, city planners designed suburbs around cities with farms in-between.

During the 1950s,suburbs spread all over England. The little houses each had their own gardens and usually a pet dog that had to be walked each morning and evening. People grew vegetables and flowers, comparing their gardens to the neighbor’s garden.

In our HIS Story of the 20th Century, we study 20th century history decade by decade. When we study the 1950s, we learn about suburbs and create our own suburbs.

Your children can create a suburb! A suburb needs:

Start with scrap paper to sketch out different ideas.

When you have an idea that you are happy with, sketch it lightly on art paper or cardstock. Then go back and make everything darker. Finally, color-code everything to make your map beautiful.

Tell the world what you have found here!
Tags: Design, HISStory20Century, History, Suburb